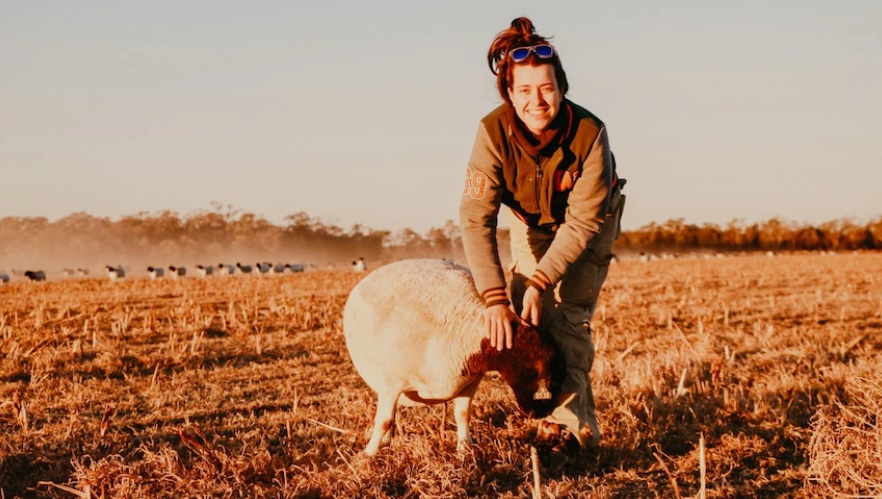 Organic farm movement WWOOF relies on backpackers, so what happens when our borders are shut?

By Lucy Cooper and Tom Major

A worldwide movement linking volunteers with organic farms has launched a desperate bid to lure domestic https://www.abc.net.au/news/tom-major/8834448ravellers in Australia as the pandemic continues to lock out backpackers.

World Wide Opportunities on Organic Farms (WWOOF) is marking its 40th anniversary in a time with few greater challenges.

“We sort of had that double whammy where we were hit by the bushfires and then straight on top of that we were hit with COVID,” spokeswoman Traci Wilson-Brown said.

“Pre-COVID we would have had probably 80 per cent overseas travelers and about 20 per cent volunteers from Australia.

“The tables have turned since COVID.”

The volunteer exchange program caters to people aged 18 to 80, allowing so-called WWOOFers to stay with organic farmers and growers in exchange for four to six hours of work a day.

Its ethos is to build a sustainable global community.

Sophie Curtis works with her parents on their property, Bellevue, 20 kilometres from Millmerran on the western Darling Downs.

The cropping, prime lamb and dorper stud has welcomed WWOOFers since 2018, but no-one has stepped through its doors in 18 months. “We had a guy from Taiwan, Johnny, and then a guy from Germany, Leon, and I remember having conversations about COVID with them, and it was all sort of a big unknown but they did end up heading home”. “Having an extra set of hands to help out with a few jobs doesn’t go astray.”” Ms Curtis said.

But it’s about more than just labour.

“We’ve had such a positive experience with all the people we welcomed onto the farm,” Ms Curtis said. “They sort of become part of the family and I still keep in contact with them through social media today.”

“WWOOFing worked very well for us. We would have backpackers coming to stay with us, and generally when they came they would want to stay three months,” Mr Hill said.

“They had good accommodation, they knew they had people who would look after them, and they’d get to know Australians, which is really important: that’s why the working holiday program was set up.”

Long before the pandemic, however, a federal taxation change to the working holiday visa scheme dried up the Hills’ volunteer workforce.

The budget measure reduced the attractiveness of volunteering by preventing working holiday makers from counting their WWOOF experience when applying for a second-year visa.

“For small to medium-sized operations like ours it was a fantastic program, but it slipped through the cracks; everything concentrated on what taxes the backpackers had to pay.”

Since 2016, WWOOFers have come occasionally to the Hills’ farm but in far reduced numbers, and it’s been exacerbated by the pandemic.

Mr Hill said it had been a lost opportunity.

“They could establish such good relationships with Australians. Instead, they live in pretty poor, crowded accommodation with other foreigners. They rarely get to speak to Australians.”

Farms are Essential Businesses and WWOOFers are essential volunteer workers when WWOOFing on farms during COVID-19 restrictions.
Keep our food system available to every community across Australia during these difficult times.https://t.co/bE3jdCyZpi

As Australia looks to a post-pandemic future, WWOOF is changing face and trying to tap into the domestic market.

“Where we’ve been really targeting international travelers and backpackers, we started really looking for ways to make this something that would be attractive to Australians,” Ms Wilson-Brown said.

She urged Australians to seize the opportunity to explore a different side of the country.

“There are hosts all over Australia who are looking for help,” she said. “If anyone is looking for a really different budget holiday, it’s a great way to travel and see parts of Australia that are really off the tourist trail and help out organic farmers while you’re learning new skills.”

But the organisation is hopeful international volunteers will again become an integral core of the WWOOF community after borders reopen.

You don’t have to be an International traveler to assist our farmers and learn about Organic farming along the way, if you are 18 years an over and would like to be part of the WWOOF Community read what others have to say first “Why we joined WWOOF”