May the Light always shine through WWOOF. 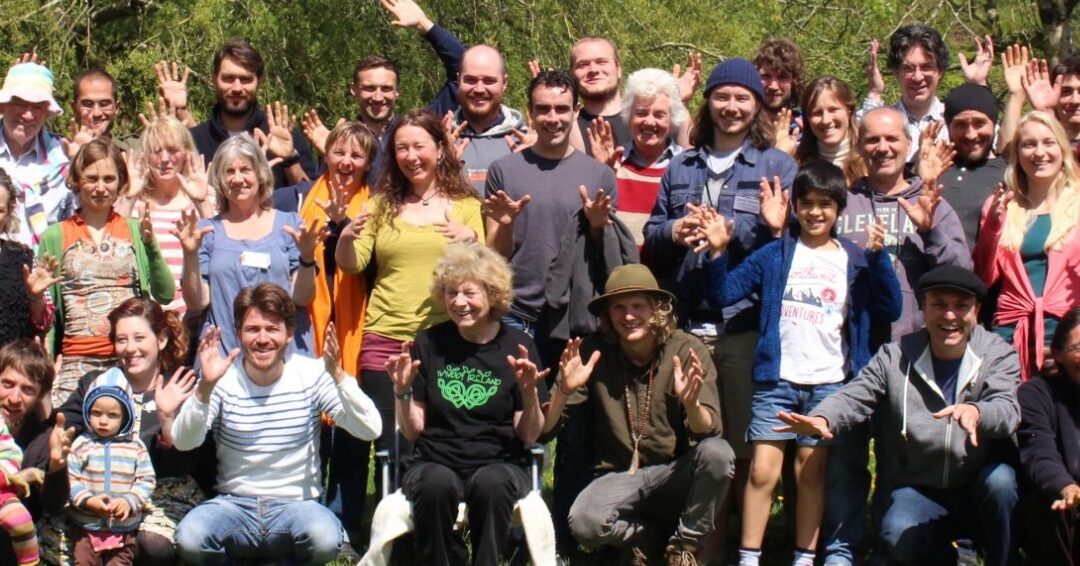 By Sue Coppard, founder of WWOOF

“It feels amazing, WWOOF at the venerable old age of Fifty! Half a century in October! How it’s grown since its beginnings as a trial weekend for three people, back in October 1971.

On a Friday evening three of us took the train down from London with our work clothes and sleeping bags and spent a blissful weekend in wonderful countryside, working hard at clearing brambles and unblocking ditches, listening to birds, watching the sunset, and chatting with the students at meal times. The high point was a fabulous strawberries-and-cream tea in the barn with pigeons cooing aloft. Magic!

At that point I didn’t even know if WWOOF would survive, I was just grateful that that first October weekend at Emerson College’s mixed farm in deepest Sussex had been successful and was to be repeated. As a city dweller in London I was badly in need of contact with nature, and it was just bliss to have a satisfying way of getting into the country. Like finding a source of vitamin C when you’ve been deprived! Having no rural seat or family/friends based in the country, I thought up WWOOF as a way of satisfying this need, and no one was more surprised or delighted than me when it actually worked! There was also the satisfaction of helping the all important Organic Movement – which I soon learnt is vital if our planet and its populations are to survive.

When I first dreamed up WWOOF, back in 1971, I hadn’t the remotest notion it would one day become a thriving, worldwide network with members from so many countries crisscrossing the globe.

WWOOF began small with 15 replies to an ad I put in London magazine TIME OUT. The scheme obviously appealed to a wide range of people as WWOOF has grown ever since then and it has also gone international. In fact, WWOOFing is a wonderful, sociable way of exploring different localities throughout the world – although no one knows the total number of WWOOF members around the world.  Belonging to WWOOF enhances and broadens life for its members: you learn a lot about producing food, caring for the environment – and much, much more on many different subjects. Apart from learning how to grow vegetables, quite a few members have carved a new career for themselves and totally changed their life. So, WWOOF keeps on growing, through the dedicated input of its many members, especially the hard working organisers. I think this is due to the inspiration provided by the Organic Movement itself.

The other people who benefit from WWOOF are, of course, the Host members. They are deeply appreciative,  not only of the physical labour but the excellent company WWOOF sends them. Indeed, people in the Organic Movement are exceptional: for the most part interesting, idealistic, motivated and fun. There are a lot of kindred spirits in WWOOF and many long lasting friendships have been formed through WWOOF stays. It’s like belonging to a large, worldwide family.

WWOOF is a very decentralised organisation, consisting of many independently run WWOOF organisations around the world, one for each WWOOFing country, which are not answerable to any other organisation or person but cooperate to maintain a cohesive presence. There is a coordinating body which serves and speaks for the various WWOOF groups:   FoWO – Federation of WWOOF Organisations. But WWOOF is the very reverse of a pyramid shaped power structure with decision-making at the apex, and is highly democratic and efficient. In my opinion, this is very healthy: if one WWOOF fails it will not mean the demise of WWOOF generally; the remaining WWOOFs will survive and co-ordinate to rebuild and save the situation.

Given the help, health and happiness that WWOOF contributes so widely, I invite you all to assist its spread to more and more members and regions. It can only benefit the world.

I believe WWOOF will continue to prosper – to be ‘looked after’ – if we continue to do our best to care for the environment and its inhabitants.

“May the Light always shine through WWOOF.” 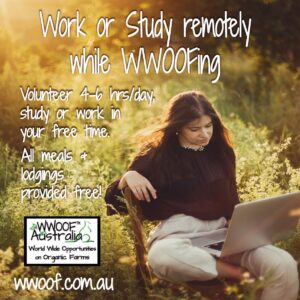 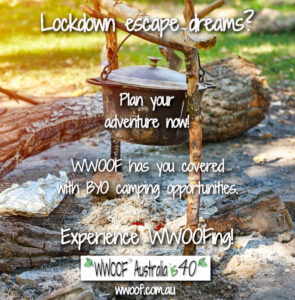 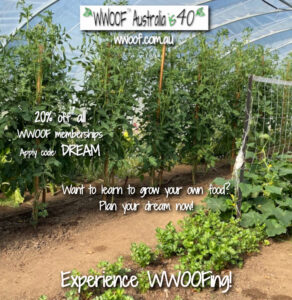 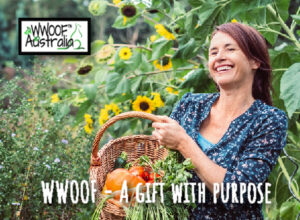