Have you been affected by the Bushfires? 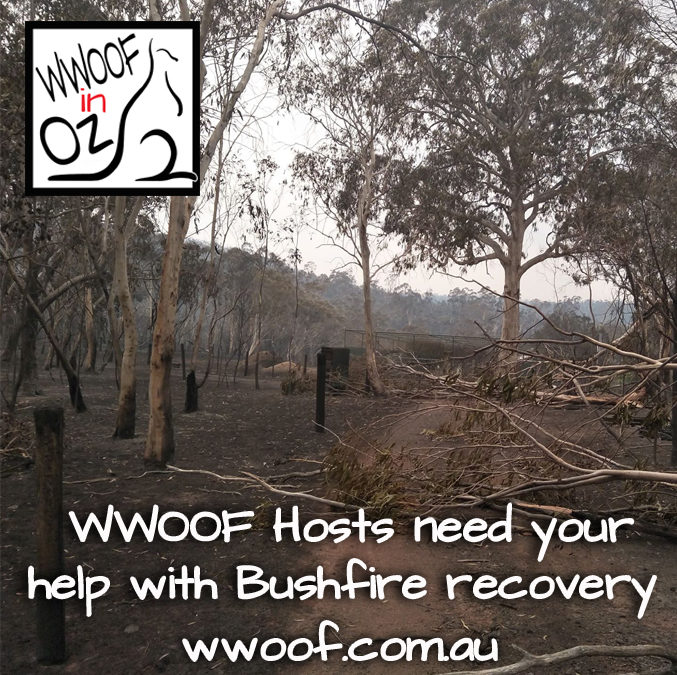 Following Blaze Aid and WWOOF Australia making representations to Government, on the 17th of February the Federal Government announced an initiative allowing volunteers in Bushfire Disaster areas to qualify for second and third Working Holiday visas.

WWOOF has developed a Volunteer Bushfire Relief Form in consultation with Border Force, for WWOOFers to use for their visa extension application, as confirmation of the volunteer work they have done. Border Force have approved regular WWOOFing hours of 4 to 6 hours a day, maximum of 38 hours in any 7 days for this purpose. Hosts need to fill his form in to confirm the type of help they have had and the dates the WWOOFer has stayed with them. Hosts must keep a copy of this form with their completed Guestbook page for each of these WWOOFers.

The main criteria for this volunteer work is that it has something to do with bushfire recovery, this can include all aspects of getting your farm back on track. There are links at the bottom of the WWOOF volunteer form to Border force website and more information

Bushfire recovery work means work undertaken, including work undertaken on a volunteer basis, to assist with bushfire recovery efforts in an area mentioned including:
(a) construction, farming, or any other work in association with recovery or restitution of land, property, farm animals or wildlife; and (b) providing support services or assistance to people living, working or volunteering in the affected areas.

Here is a copy of the Media Release: