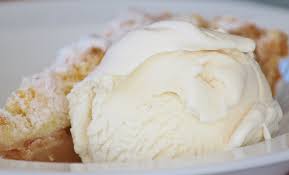 We thought we would share just another great story of a WWOOFer’s experience!

The main work I have done at Broken Nose Vanilla is pollinating the vanilla flowers. I had to pollinate by hand one by one and start from early morning because the vanilla flower starts closing around noon. I worked with one host, and we pollinated almost 5,000 flowers at the most. The pollination is not difficult but needed technique, and I must not miss the flower because I could not put off the pollination next day, so it is nerve wracking. However I enjoyed the pollination because I could feel being faster and growth every day.

I have seen vanilla beans at grocery store in Japan but never seen beans before becoming product. I am embarrassed but I thought the vanilla bean is already brown at the harvesting. Actually the beans are green so I little surprised when I had known it. To strengthen flavor of vanilla, the vanilla beans are soaked in warm water and put in warm container for 3 days. After 3 days, the beans are still put in the warm container but left under the sun during daytime. Flavor becomes strong day by day and it is very nice. I could learn how to make products such as vanilla extra and paste. Order of these products increased suddenly one time due to these products were in a magazine. I could also learn the huge influence of the magazine to advertise the product.

The pests control is one of the most important works in growing vanilla since the chemical products are not permitted to use. Hosts grow vanilla in the house made of net to prevent from pests invasion. However it cannot be prevented perfectly. A grasshopper and a fruit spotting bug are particularly cause damage to the vanilla. On the other hand, organic is good environment for useful insects as well. Especially a green ant is beneficent insect because it works as a predator of the fruit potting bug.

Lack of nutrition in the soil was one of the questions which I had to engage in agricultural firming, but hosts told me that exhausting the nutrition can be prevented by providing nitrogen from dead leaves, grasses after mowing, and plants having rhizobia (a nitrogen-fixing bacterium that is common in the soil, especially in the root nodules of leguminous plants).

I might not grow the vanilla in Japan, but what I learned there would help me later. Especially, the pests control and improving of nutrition in the soil are new things I learned and useful. Actually, I wanted to learn soil making at the planting, but I hope I could learn at other WWOOF Hosts.

Thank you so much Matthew and Fiona for the most incredible experience. If you would like to make contact with Broken Nose Vanilla https://wwoof.com.au/members/mattvanilla/